Home
Blog
How To Use A Laser Level For Shelves

Nowadays, wall shelves are popular among homeowners because they don’t hold too much space in a house and are also great for organizing things. While building a shelf, a laser level is an essential tool that makes it easier for you to place the shelves in the right position.

If you know how to use a laser level for shelves, building shelves would become a piece of cake for you. In this article, you will find step-by-step procedures for using a laser level along with some essential techniques.

What Is a Laser Level?

Among several leveling tools used for construction-based work, a laser level is something that is essential both for personal and professional uses.

It can be attached to any tripod where it can project laser beam both in the horizontal and vertical axis. So, you can easily put nails with a hammer or draw a line according to the beam. This device ensures the highest accuracy to build shelves on walls in the right position with a perfect angle.

Usually, laser levels project red or green light when electrons are simulated in the tool. The laser beam is produced when the light is gathered in a small area and reflected in one certain point.

You will find several types of laser levels in the market specialized for certain tasks. Some common types are mentioned here.

The most commonly used laser level is the fixed laser which is generally used for projecting a single straight beam. You can move the upper head part of the laser level to point in a certain direction. Usually, these are great for home-based work.

When you want both horizontal and vertical lines projecting on the wall, cross-line laser levels are the ultimate savior. Not only in building shelves, but you can also use them to hang picture frame rails and dado rails on the wall.

At a rotary laser level, the laser beam works with the help of mirrors. When a single beam is projected on a wall, you can use the laser level to reflect the beam rotating the whole room with the mirrors. These laser levels are a bit complicated to set up and operate compared to the other ones.

For the highest accuracy and preciseness, nothing can be better than an optical laser level. These are highly complicated tools and useful for those who work on personal space having small projects.

Using a Laser Level for Shelves

Not everyone can use a laser level because working with it needs the right procedures along with some essential guidelines. Otherwise, it might seem complicated and can also go wrong. Step-by-step procedures of using a laser level for shelves are stated below.

First things first, you have to set up a laser level with a stand or tripod in such a way that it can’t move on its own. If it is not secured tightly, it might move while projecting the beam, and the beam might direct the wrong position. Now, level the tool in a certain position according to your need.

Decide the spot on the surface where you want to build the shelf. Point the laser level towards that surface, and project the beam directly.

Notice if the beam is working straight or not. You can control the device and adjust it according to your requirements.

If the laser is at your desired level, you can mark a line on the surface where you are building the shelf. Hammering some nails according to the beam could also be an option while you are marking.

After you have marked the surface using the laser beam, stop the beam, and separate the tool from the stand or tripod. If you are having issues with the laser beam, you can always reset it and adjust the beam again.

How do you use a laser level to hang shelves?

To hang shelves on a surface, you need to select the surface and set up the laser level by leveling it in the right position. Now, hammer some screws exactly onto the laser beam to hang the shelve.

How do you use a laser level for beginners?

Laser levels are a game-changer for leveling things perfectly in construction-based and survey-based projects. You can save your time, energy, and effort by performing tasks at a laser level. Hope you’ve mastered how to use a laser level for shelves after going through this article. 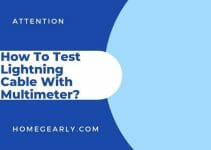 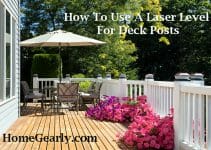 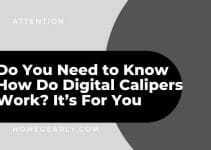